I am creating a KickStarter project.

I’ve never done this before and I don’t know exactly what to do, but I also know that I’ll figure it out.  So here goes.

To understand why I’m starting this project, please read this.

It’s really not that big of a deal creating a KickStarter project.  They’ve made a fairly nice interface that walks one through the creation process and includes many good tips.  My biggest concern, as with anything I seem to do, isn’t just about doing it.  It’s about doing it right and making it of the highest caliber as well.

So let me restate my original thought; I don’t know how to create a perfect project that will achieve all of the goals I have stated.  All I can do is my best, and that’s what this story is about.

I must admit, one thing that made this project much easier to start is that I’m not doing it for myself.  I really believe this can make a difference and do something good for a lot of people.  Am I setting myself up for failure?  We’ll see.  But if I do my best, I think it will be a success.

Step 1; Open up a web browser and go to KickStarter.com

Step 2; Create a user account (if you don’t already have one).

…yes, that’s technically how one would start a project, but this story isn’t about a step by step guide for creating a project.  It’s about my journey and the tidbits of wisdom I picked up along the way and hope to pass onto you.

As mentioned, I find it calming to know why I’m doing this project.  I’m not tense or worried about anything.  If you’re creating a KickStarter project and putting a lot of pressure on yourself to make it a success, all I can say is, ‘…lighten up and take a step back.’  You’ll make a better project if you relax and don’t put so much pressure on yourself.

Another thing that made the entire project flow very easily is that the subject of this project, Classic Shell, is an existing mature product.  I didn’t have to create any content, like pictures or videos.  All I had to do was locate what I felt was the best media to convey a message, do a bit of editing, and upload it.

One issue I did have was that the KickStarter interface is a bit too assuming.  Specifically, when I was uploading images, it offered a drop down menu with pre-configured categories. Every single one of them explicitly stated, ‘concept’, or ‘prototype’, of which Classic Shell is neither.  I realize they can’t account for everything, but what about adding a category called ‘Other’?  That would be a bit more accommodating and a little less assuming. The solution I had was to point out in the description of the first image that Classic Shell is not a prototype or a concept.

Another item of concern to me during the creation of this KickStarter project is ethics.  Not only about the supporters of the project, but also whether the creator of Classic Shell wants this to even happen. 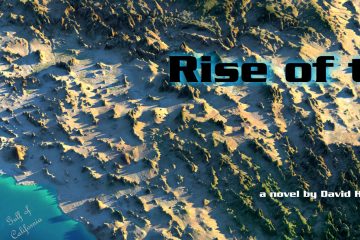 I’m proud to announce publicly for the first time my involvement as an editor for Mr. Harriman on several different projects.  He has given the green light for promoting several new web sites in support… Continue Reading Mr. Harriman 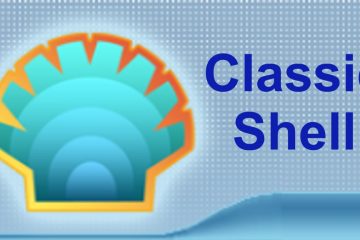 Origins of the Story (context is always important to understanding a story) I just had an evening of frustration dealing with a major update (Windows 10 “Fall Creator’s Update”, essentially Service Pack 4) on a… Continue Reading Classic Shell and KickStarter