About a year ago, way back at the end of 2017, I called the city I live in to report a water leak from a water meter several houses up the street from mine.  It wasn’t a gushing leak, but it was profuse enough to make it so there was always water in the gutter going down to the street drain.

The workers at city hall must have been really bored that day because there were literally 4 different people in three different vehicles that came by to look at it.  I even spoke to one of the people from the city that had pulled the cover off of the water meter to find the source of the leak. 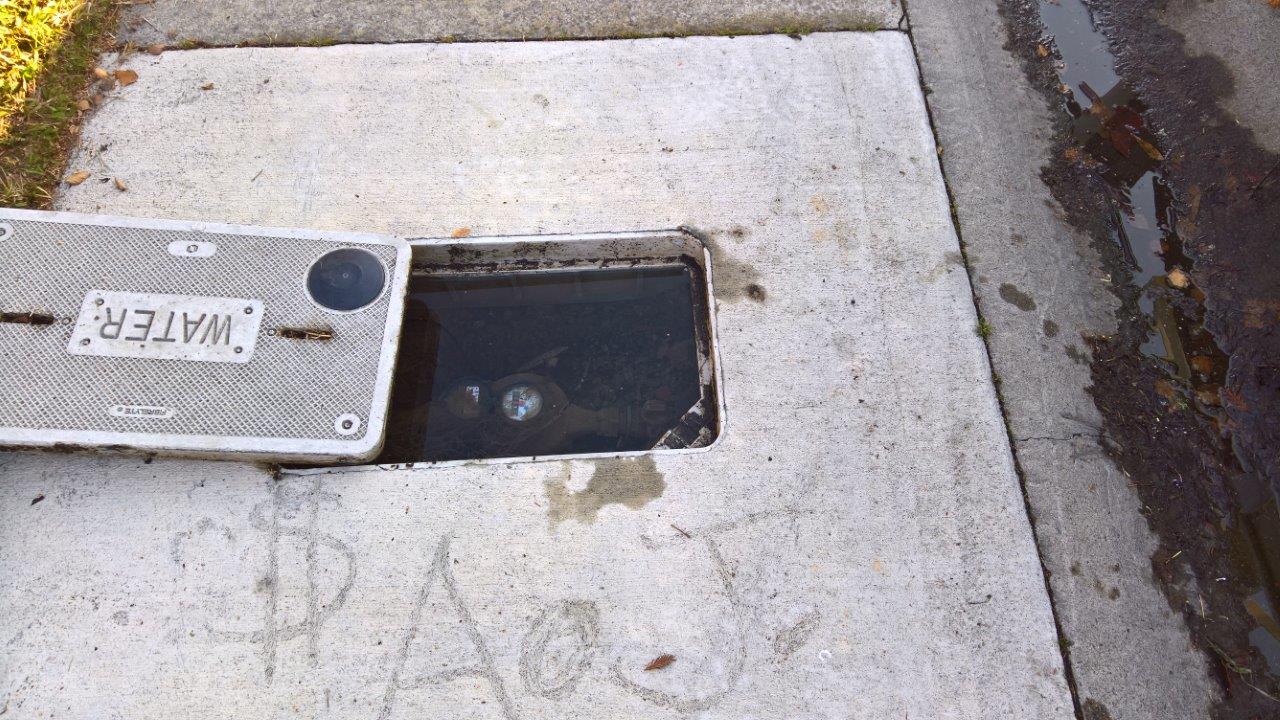 The picture kind of puts a new spin on ‘Water Meter’, but at least its not in danger of rusting.

I’ve got a video too: Leaking Water Meter 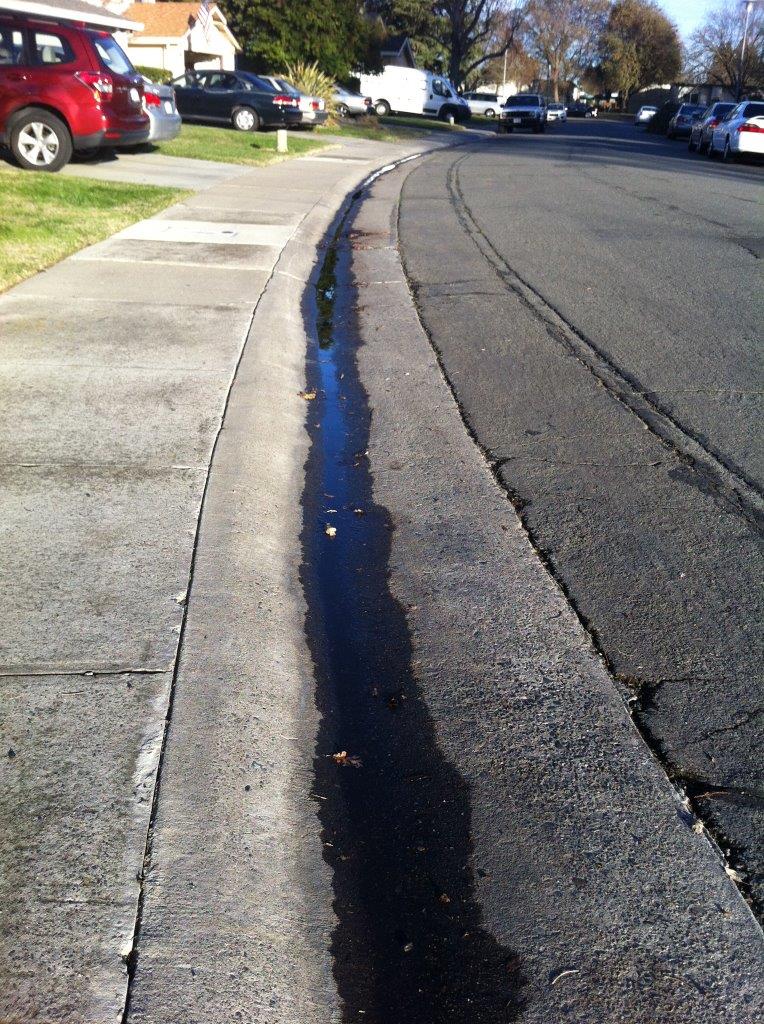 When I called the city again and was waiting on hold, I realized I had forgotten the address of the house.  Hold times are a bit long, so I didn’t want to hang up or even just put down the phone to go down the street and get the address.  And yes I was obviously using a ‘land line’ instead of a mobile phone.  Anyway, no problem, I can just count how many houses away it is, open up Google Earth and see what the address is.  So I did.

When I popped into street view I had a really good laugh.  I found that I didn’t have to count the number of houses because even Google Earth Street View knows that there’s a water leak.