I received a check in the mail for $539.00 from the state of California.  It was a tax refund.  But there’s a problem here.  I haven’t finished my taxes and sadly I’m not expecting a refund.  My address was on the check, but it was made out to someone else.

I had no thoughts about cashing the check myself because, well, that’s not me.  Instead, I decided to return it to the state of California with a letter explaining their mistake. 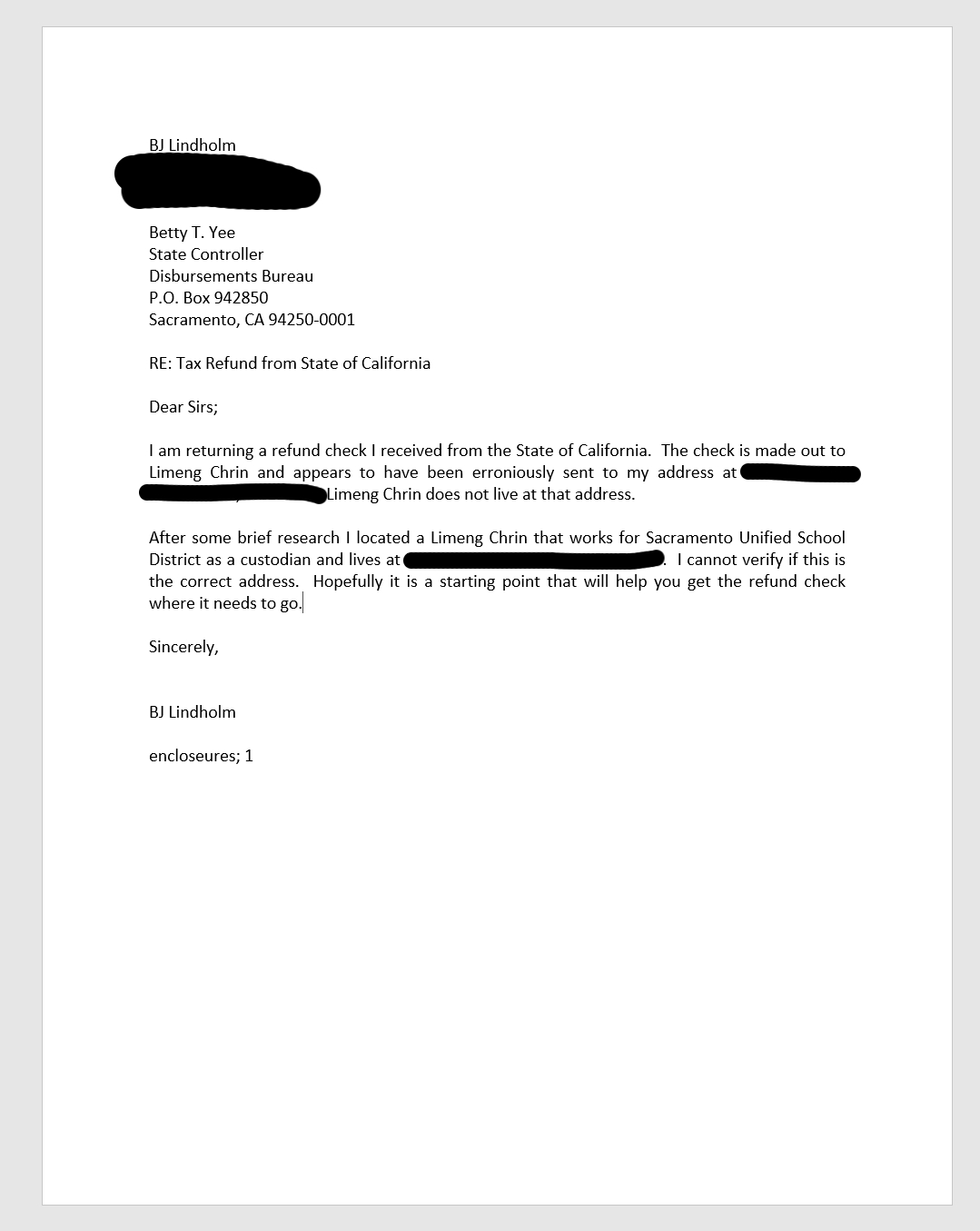 On a lark, mostly because the person’s name on the check was so unique, I Googled it.  The results that came back convinced me I had located the correct person.  One thing that convinced me I found the right person was the similarity in street names between mine and theirs.  There were other results, so I checked them too.  On the web site of the Sacramento Unified School district I found the same name.  It was a web page that posted the salaries of all their employees.

Based on the unique name and similar street address, I was convinced I had the proper address.  I was heading out to the store, and since it was only a couple of miles away, I decided to go to the person’s house.  I knocked on the door and a nice woman answered.  I told her who I was and why I was there.  She told me the person in question was her daughter.  Oh, I also verified with her daughter whether she was expecting a refund and how much it was for.  Good deed done for the day, except it wasn’t the last one.  There was still one to go.  An unrelated one.

My karmic gift was the color of their house.  It’s the same color and look I’m going to do on my house after the expansion is done.  Confirmation. 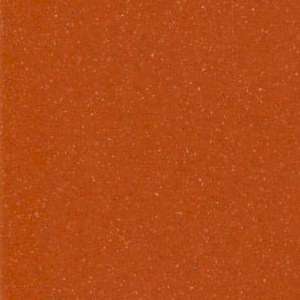 The second good deed occurred at the grocery store that was my next destination.  I parked my car and noticed a man in a truck had his hood up.  I’m a sucker for helping people out with car problems, here’s why;  I worked my way through college as a mechanic and obtained my ASE (Automotive Service Excellence) Master Auto Technician status during that time.  Even though I’m in the computer industry now (and I also write fictional books), I still renew my status as an ASE certified Master Auto Technician every five years as a matter of pride. I’m at a quarter of a century and counting.

Anyway, back to the dude with the broken down truck.  I walked over to him and introduced myself.  Turns out it was easy problem to fix, a dead battery.  At first I thought my jumper cables were in my other vehicle, but then I remembered I bought another pair.  On a side note, if you’re going to buy jumper cables anything less than 4 gauge cables is useless. 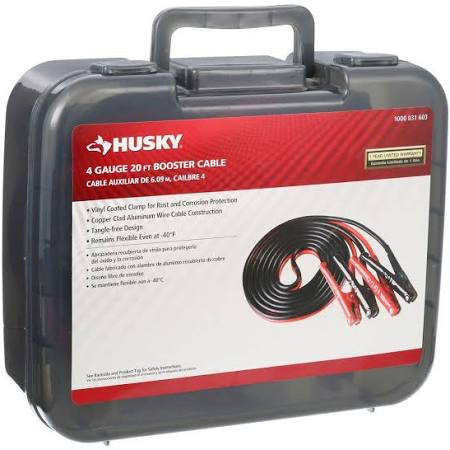 Remember I’m an ASE certified Master Auto Technician.  Long story short, I got him started and on his way.

One other funny thing was that the battery he had did not have the date stickers removed that indicate when the battery was purchased (for warranty purposes).  In the automotive industry we refer to that as a “Lifetime Warranty” (because the owner of the battery gets to decide when it was purchased).

So what’s with the Stingray reference on the title of this post? Well, Stingray was a 1980s TV series.  Every time I do a good deed or help someone out I think about that show.  I’d love to be rich and do full time as a “job” what the main character in the show did.  The guy that I helped with the dead battery asked me if he could do anything for me.  I told him about the TV show.  He understood, nodded and said, “Pay it forward.”  Yup…