OK, the title is way worse than it sounds…

My decease father’s degree was in ‘family and child development’.  On a side note, he was Bo Jackson’s professor at Auburn University.

Anyway, I attended Kindergarten at the Child Study Center (CSC) at Auburn University, AL, USA.  The CSC in the below picture is the front of the building as it looks across the Concourse at Haley Center.

That building has been around for a really, really, long time.  Here’s a picture of it from page 187 of the 2013 edition of Auburn; A Pictorial History of the Loveliest Village (Orange Circle) taken in 1941, just a week or so before the US entered World War II.  And yup, that’s the AU football field, sans stadium. 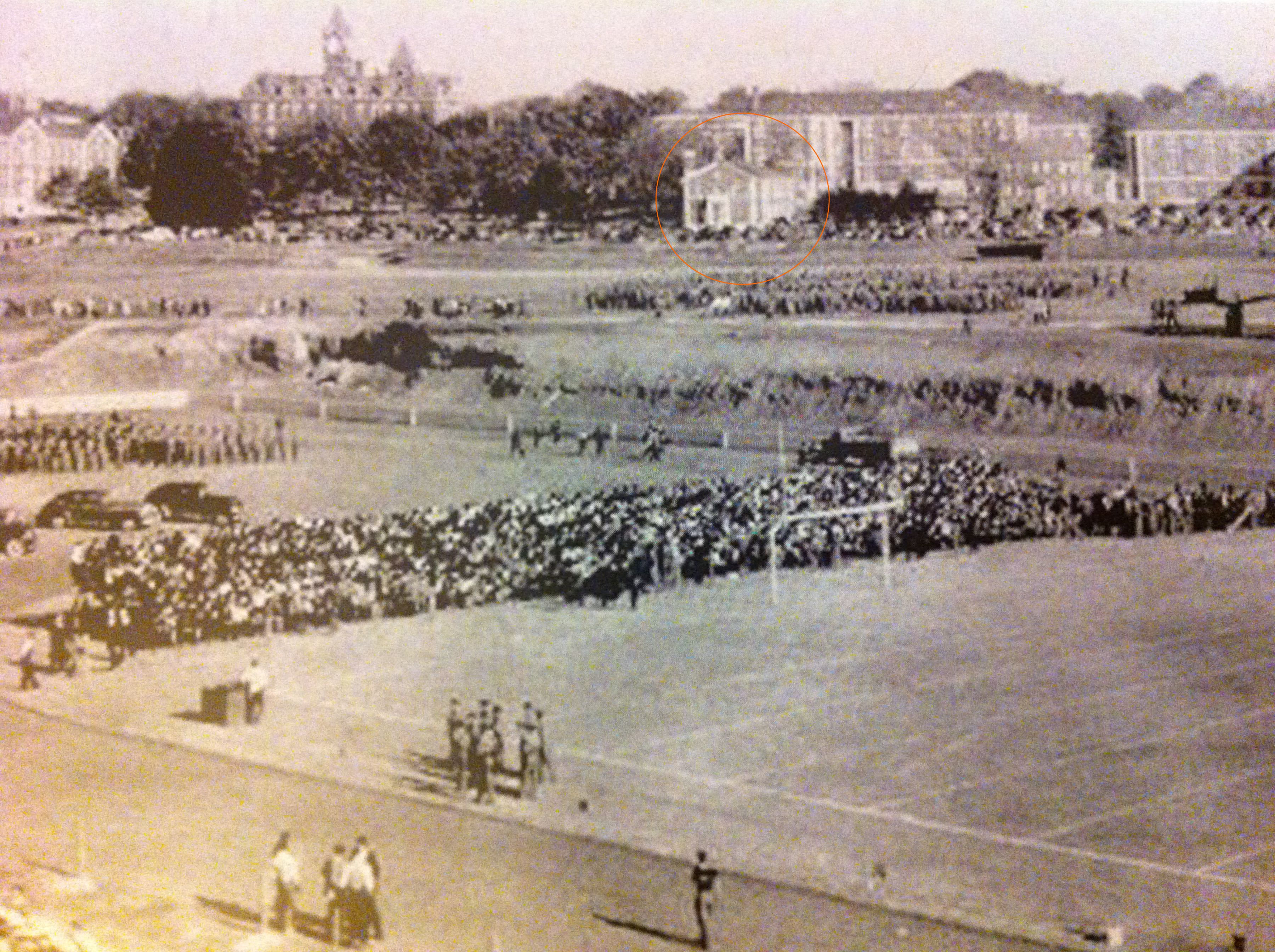 Things have really changed at AU, but I remember it all.

The name of the place, Child Study Center, at least as it used to be known (it now seems to be known as the Marriage and Family Therapy Center) sort of give my role in the whole scheme away.  Yes, I got a great education, but I was also observed and studied by students and teachers.

I was a passive ‘lab rat’.  But sometimes not so passive.

I, among all my classmates at different times, was ushered into one of the rooms of the CSC where there was this big plywood wall (no paint). On opposite sides there were two ‘ramp dispensers’ (that I later learned expelled BBs, as in BBs from a BB Gun) with buttons to control the dispensing of BBs.  I was told that what the contraption did and that from the BBs I collected, based on the number, I could receive ever better and better prizes.

I was set free to collect as many BBs as I could. What I soon discovered was that one button would only eject one BB each time the button was pressed and the other button would just keep ejecting BBs if the button was held down.  I don’t remember if I discovered this myself, or if I was told, or if there was a sign, but what I do remember is being directly manipulated.

I wish I had a video cable I could plug into my HSAM memory and post it on YouTube so it could be seen, but sadly that doesn’t exist.

What happened was that I stayed at the ‘auto BB dispenser’ until I was warned or even scolded away from it.  I can’t remember the exact words, but I remember the feelings (this is type of experiment that created the Unibomber by the way) I had about each dispenser.

If the grown up me could go back in time, I’d camp out at the auto BB dispenser with my thumb jammed down hard on the button with the middle finger from my other hand directed at the ash-hole conducting the experiment.

Almost half a century later I can still clearly recall this episode.  And I’m betting no one in my kindergarten class remembers it.  I’ll have to ask at the next AHS class reunion.  I still have pictures of all my classes from K thru 12 and I know everyone’s name.