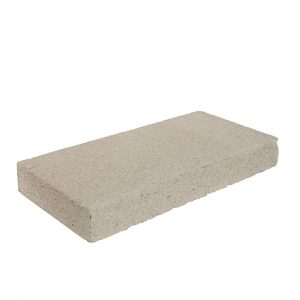 The real hilarity begins with the reviews.  The one and two star reviews are the best.  One person complains about the dimensions being incorrect and feeling cheated.  They aren’t wrong about the dimensions of the 8″ x 2″ x 16″ block.  It’s short by about 3/8″ on every side.  It reminds me of milk and orange juice containers at the store these days.  They used to be 64 oz., but now they’re in absurd 59 oz sizes.  Who started this rip off?  Well, as it turns out, there’s a reason for the concrete block being shorter than it’s stated dimensions (although there’s not really an excuse for the orange juice manufacturers).  The concrete block is smaller to make room for the cement mix that one finds next to and in between all of the concrete blocks when they’re assembled into a building.  That’s just how it works and needs to be.  The same person would probably get really bent out of shape if they walked a few isles over to the lumber section and bought a 2″ x 4″.  They’re ripping you off too.  By a full half inch.

Others complain about the brittle nature of the concrete blocks.  One person commented about stepping on them and how easily they broke.  Well, now we know the secret of all those martial arts experts that can chop these same blocks in half.  Hello, yes, that’s their weakness, they’re brittle.  That’s how they are, because there is no steel reinforcement in them.  But try squashing them.  Not so easy is it?  That’s their strength.  They resist compression.

I was also stunned with the quantity of reviews.  There are 176 reviews for a concrete block.  How is this possible?  What can be said about a concrete block that can’t be said by the first two or three people that write a review?  I didn’t want to read all of the reviews for fear of losing my mind, so I looked for the longest review to see if that person had any great insight.  Here it is;

I was in the market for a block of cement with specific characteristics. It had to be rectangular. Not too big, not too small. Not too heavy. Block shaped, more of less. The color needed to be, well, cement color. Gray-ish. Important to me was weight. It had to be the weight of a cement block. Not one of those blocks with big holes in it. a rectangular, gray-ish, concrete block. Well was I ever pleased to come across this fine product! I was so pleased I purchased 26 of them. Home Depot helped load these beauties into the bed of my truck. And my son helped me unload them at home. Today, each sits in its place underneath our above ground pool. Trust me, if you are looking for a nice, rectangular, classic concrete color, top block with cement like characteristics, look no further, you’ve found the timeless solution to your need right here.

Where to start?  The color?  It needs to be “gray-ish”.  Why, you put it under your pool, so you can’t see it.  It “had to be the weight of a cement block”.  OK, that’s a self-fulfilling prophecy there.  It’s cement and it’s in the shape of a block, so it gosh darn sure better weigh what something that shape and materiel it is.  This is a satisfied customer.  Although I’m fearful of the length of a review they might leave for a product that had moving parts.

Other reviews were able to bring in a wide range of other subject matter one might not ordinarily think could be tied to a concrete block.  This included religion, pets, farm animals, satellites, flexibility, a sense of well being, soap, large sums of money at the bottom of the ocean, flooding, and the a fore mentioned martial arts.

And at the end of the day, this final comment of a reviewer sums it all up: “…what else can you say about a concrete block top?” 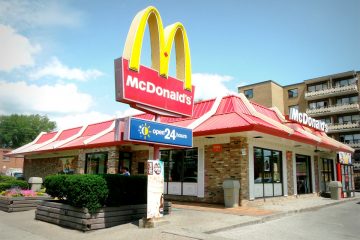 Have you ever gotten something for free? I have.  Aside from all the gifts from parents and friends over the years, I have gotten a couple of things for free.  And I’m not talking about… Continue Reading Guilty Gift