Beauty and the Beast

‘Spoiler Alert’; Don’t read the ‘crossed out’ part.  It detracts from the original idea.

I was watching Beauty and the Beast this evening (not my choice, just what was on and what everyone else wanted to watch).  Anyway, I couldn’t help but think there might be a couple of other issues the Beast may have been given that were left unsaid in the movie, or for that matter the story and any of the other movies and TV shows.  And if they weren’t included in the curse, well then, that witch or whatever she was that put the curse on him just wasn’t thinking things through.

So, what did she miss or what wasn’t included in any of the stories, movies, or TV shows?  Well, first on my list would be thorns on his ‘gentleman’s sausage’. *  Next I thought that Velcro on his tongue (not the soft part, but the prickly part) should be next on the list.  And then, even if there was a way to get past the ‘thorn thing’, his sperm should come (funny that word should be here) out at a temperature of 160° at 100 plus PSI.

How’s that for a proper curse?

* That’s a Jeremy Clarkson term for what differentiates a man from a woman below the belt.  Vagazzle is his term for the female counterpart of a male. 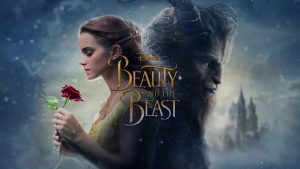 This is the caption for BeautyAndTheBeast.jpeg and I changed it