This is the story of a recent adventure I had with a Volkswagen Tiguan.  No, it isn’t about some wild road trip or a horrible accident.  In fact most people would probably find this story quite boring or simply wouldn’t understand it.  However, if you have a ‘broken’ Tiguan, or actually any other Volkswagen sold in the US that has a 4 cylinder ‘petro’ (non-diesel) engine sold after 2009, then I hope you’ll find this story very useful and hopefully interesting.

Before I started on this ‘little’ adventure, I did quite a bit of research and discovered there was precious little useful information about such a prevalent engine.  What I did find was a scattering of useful tidbits of information on dozens of different web sites, but nothing comprehensive that could really be understood by anyone but a mechanic.

Speaking of mechanic, I am one.  Or at least I used to be.  Professionally that is.  I worked my way through college as a Volkswagen / Audi technician. I went on to open my own shop where we worked on Volkswagen, Audi, BMW, Saab, Volvo, model cars, eventually expanding to include Porche, Mercedes, Toyota, Nissan, Mazda, and Honda.  I earned my first ASE (Automotive Service Excellence) Master Auto Technician certification in the 1990s and have maintained (5 year renewal certification tests are required) that status to this day (late 20 teens) even though I’m no longer in the automotive industry (I do ‘computers’ now).  I’m also a CTT (Certified Technical Trainer), so hopefully I’ll do a decent job of presenting my story to you.

Before the Beginning of the Story

OK, the first part of any good story is the background as it provides historical context.

I wasn’t the one driving the vehicle when the problem, err, ‘adventure’ started, so I’ll tell the story as I experienced it.

My significant other, Jennifer, was driving on a highway at about 65 mph when she called me and said Tigger (that’s what we name him) was ‘shaking / vibrating’.  I asked her if it was a shimmy with the steering wheel and she said no, it was the entire car.  I then asked her if any warning indicators were displayed on the instrument console on and she said only the ECU (Engine Control Unit, AKA ‘Idiot Light’) was on.  Since there was no ‘oil warning indicator’ on I told her to slow down and drive to the next exit and find a place to park.  So she did.

I immediately stopped what I was doing, grabbed a snack, finished a couple of emails, took out the trash, watched an episode of The Grand Tour…  Not.  Of course I drove out to her as fast as I could.  As I was driving, I asked her for additional details of what she experienced.  After a bit of conversation I was able to determine that the issue definately seemed to be engine related.

When I got there, she’d done everything right (gotten off the highway and turned the vehicle off) and was waiting in a small parking lot.  We opened the hood (AKA bonnet), I did a quick inspection, nothing out of place, fluids all good, serpentine belt in place, looked underneath, no oil leaks, no damage from road debris, so absolutely nothing out of place at this point.  I then started the car and after running for less than 2 seconds I could tell it was missing and running on only three cylinders.  I immediately turned it off and told her to call a tow truck, technically a ‘rollback’, but everyone refers to them as tow trucks.  Luckily she has AAA, so it didn’t cost us anything as the drive home wasn’t very far.

And then it rained.  But that’s just how it goes sometimes.

After we got Tigger home and safe in the garage I commenced further diagnostics to figure out what was wrong with him. 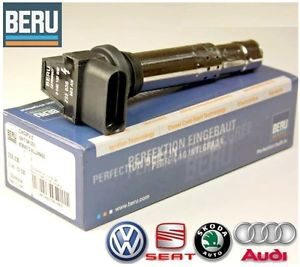 The first thing I did was to pull off the nice pretty engine cover to expose the important bits and pieces on top of the engine.  At this point I thought it was a failed coil pack for a spark plug.  In years past there was a single coil that conducted power through spark plug cables to individual spark plugs via a distributor.  On modern vehicles each spark plug has its own Coil Pack which allows for very precise ignition timing.  So I did my tests they all checked out.

At this point my thoughts were growing darker.  From here there’s two things it could be, a failed injector or a major engine issue.

Tigger’s engine is equipped with an FSI (Fuel Stratified Injection) fuel injection system.  Technically it’s a TFSI (Turbo Fuel Stratified Injection) system, but Volkswagen refers to to the engine assembly as a TSI (Turbo Stratefied Injection).  They even put the TSI identifier on the back of many vehicles.  Here’s a excellent PDF that was compiled by ECS Tuning (I’m not affiliated with them, nor am I necessarily recommending them, I’m simply commending them on the effort that went into producing that exceptionally high quality PDF summary) that documents just about all of the EA113 (appx. mid 2000s) and EA888 (appx. post 2009) engine families sold in the US. 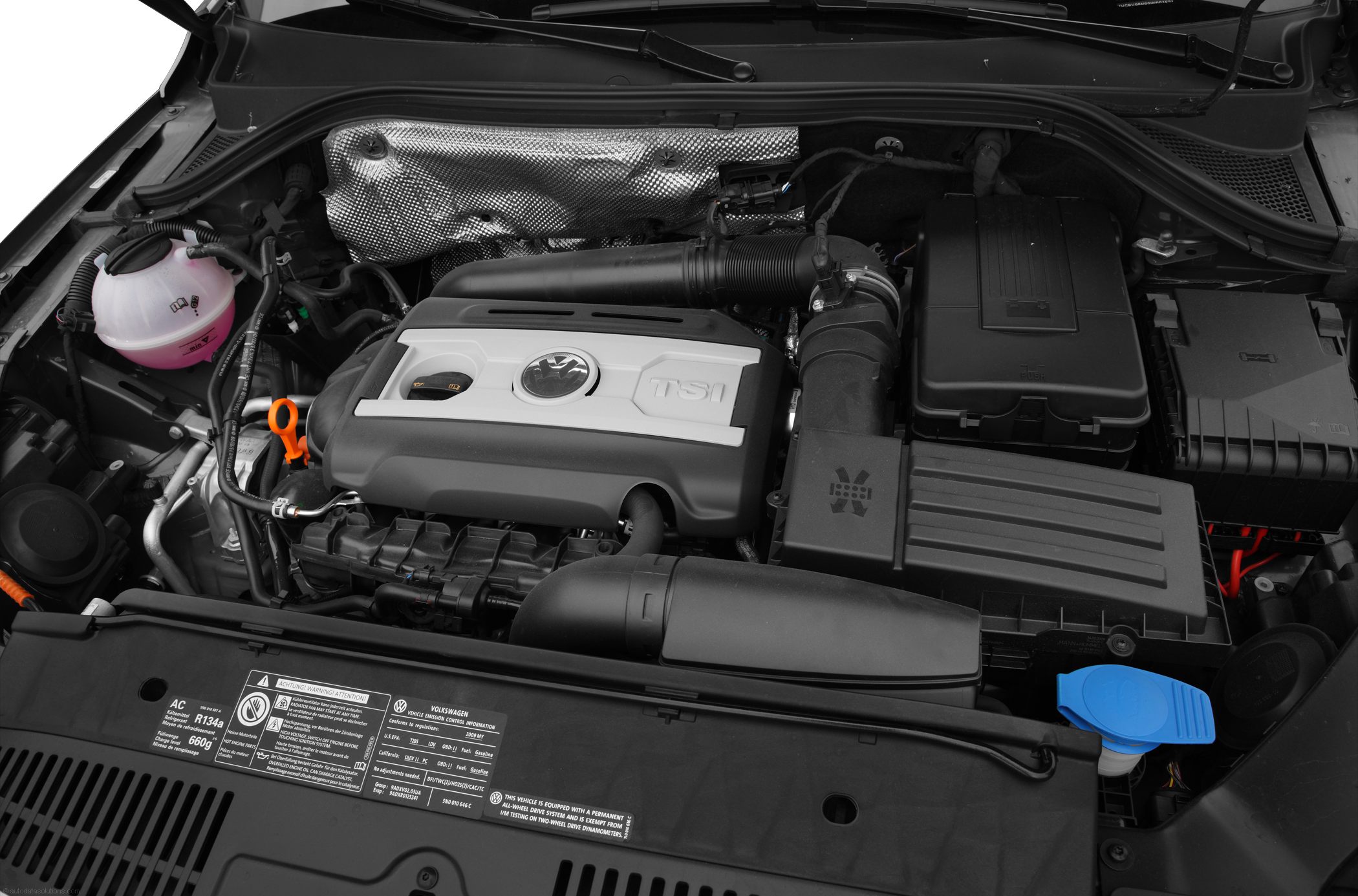 I actually elected to pull the spark plugs and check them before breaking out the laptop and the OBD-II USB Adapter.  It was painfully evident after comparing the spark plugs there was something going on with cylinder number 2.

Time for the compression tester.  I screwed it in, cranked the engine, and…  Zero.  Crap!  At this point I didn’t need a computer to tell me what was wrong.  After conducting several tests I eliminated a blown head gasket, broken piston rings, and eventually narrowed it down to one of the two intake valves.  And just to be thorough I did hook up the computer and it confirmed “Misfire on cylinder # 2”.  At this point I had to share my misery with another human being, so I got Jennifer to come out to the garage.  I told her what I discovered and proceeded to demonstrate that the second cylinder had no compression (it’s supposed to be about 150 psi).  I cranked the engine and it shot up to 150 psi.  WTF!!!?  Subsequent tests produced 0 psi as in previous tests.

I wondered how this was possible.  Then it occurred to me that if a valve spring had broken it’s possible that on an upward piston stroke the rush of air pushed the intake valve against its seat, causing a complete seal, and a good compression test.  This is the best possible scenario I anyone could hope for, because if the valve is close enough to its seat and can be pushed back into place, that means it probably hasn’t made contact with a piston and the valve stem is straight.  Yippee!  Well, at least in the context of not having to pull the cylinder head off.

And While I was at it… 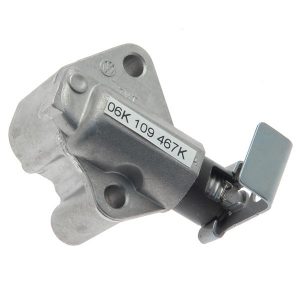 In my readings, I also discovered that there were known issues with the Timing Chain Tensioner, so I put it in my plans to replace that too.  It does require the removal of the lower timing chain cover, but I’d still recommend doing it if you don’t know whether or not the part has been updated.  If you don’t there’s a risk of the cam shaft timing chain jumping time and potential major damage to the engine, IE bent valves.

The tensioner is pictured to the right, and as of the day I bought it, they were up to ‘revision’ N.

Please continue to Part II of this story where we get into the ‘meat’ of the actual ‘mechanicing’. 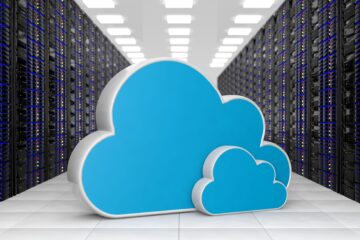 …no, it’s not what you think.  Which is sort of the point of this story.  And it’s my first foray into the “Sensational Title” genre (based on a recent video from Veritasium) Just so it… Continue Reading TITS (Truth In Titling Stuff)

…hmmm.  What should I choose to do about shipping?  Decisions, decisions…  Estimations or guarantees???